Generally most modern terminals should at least show something. A quick little tip is that you can always toggle in and out of monochrome mode with ALT+m. It removes all graphics and just uses your terminal’s default foreground and background colours.

However, for best results you need a terminal with true colour support. The best resource for up to date information on true colour support, across both terminals and multiplexors (like tmux for example), is this gist. However true colour support does not necessarily mean that Browsh will then have full-functionality. Some terminals may have other issues, such as mouse input or UTF-8 rendering problems.

At the very least you should ensure you have a monospaced font in your terminal. This is almost always the case by default. Even so, you may still wish to change the font, or at least the font settings, to better support the UTF-8 half block (▄), which is responsible for rendering Browsh’s graphics. There are 3 main issues you need to look out for: 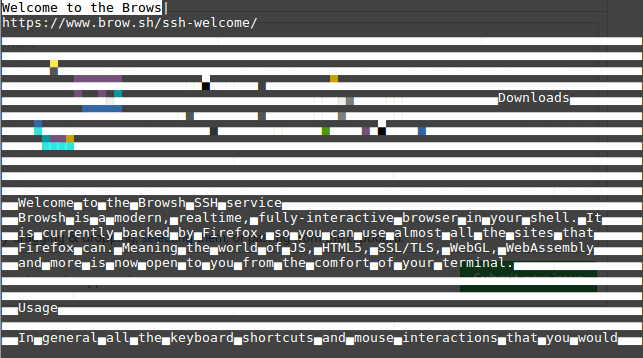